We hope you are enjoying our new website! Don't hestiate to contact us with questions or comments. 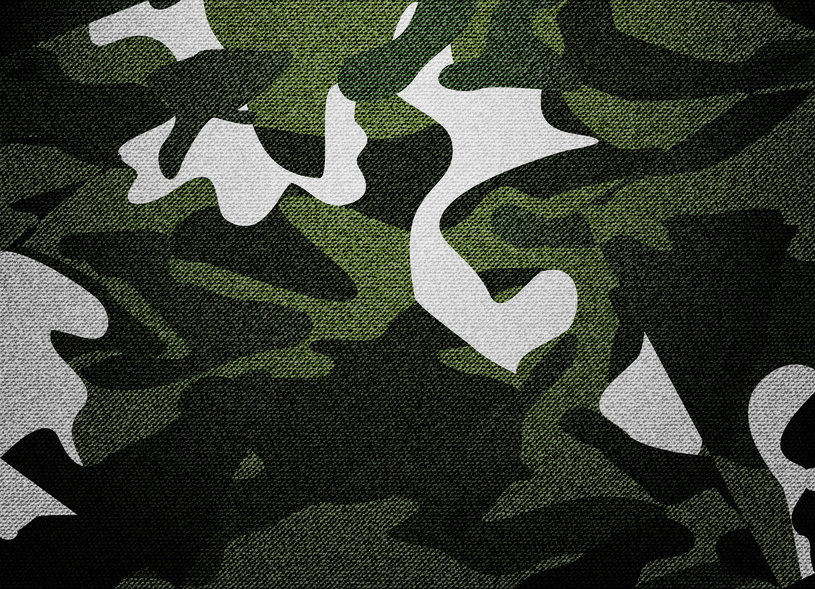 The start of the new year marks the start of new fashion trends for 2015. However, camouflage clothing seems to be one trend that won't be going out of style anytime soon. In fact, many of the top beauty and fashion editors, in addition to YouTube fashion gurus and everyday fashionistas, are reluctant to call camouflage clothes trendy, as that would imply it may one day become passé. It seems that going camo clad will be the #ootd for years to come.

In order to understand how camo clothing became so popular, you have to become familiar with its history. Camouflage may have taken the fashion world over by storm, however, it's nothing new to Mother Nature. Several organisms, including a number of plants and animals, use camouflage to achieve crypsis, or the ability to avoid detection by seamlessly blending into the existing surroundings.

Taking a cue from the natural world (biomimicry), humans began experimenting with various patterns in order to conceal themselves from foes and prey. However, it wasn't until World World I that camouflage was used on a large scale. The French armed forces commissioned two artists to create a pattern that would allow their military vehicles to blend into the surrounding forest. Since then, camouflage has been used by and associated with armed forces across the world.

It wasn't until wounded and battered Vietnam War veterans returned to the United States during the 1960s and early 1970s and began protesting the war efforts while donning their camouflage fatigues that camouflage entered the mainstream. By the end of the 1970s and into the 1980s, camouflage patterns were being worn by hunters, which in turn inspired the iconic fashion movement we've grown to love today.

While camouflage clothing for men and women comes in a variety of bold colors and patterns, pink camo baby clothing and accessories have become equally popular. Pink camo baby clothing and accessories can be worn and enjoyed by both boys and girls. Typically, pink camo clothing is worn by boys during October in honor of National Breast Cancer Awareness Month, while girls sport the pattern and varieties of it year round.

Whether it's pink camo baby clothes, or camo clothing for adults (and of course, pets), this iconic pattern with military roots is here to stay.